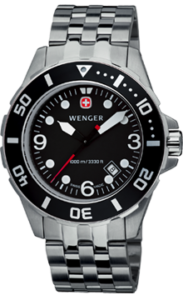 Did your favorite Wenger Watch stop running? We know the feeling, among our staff we have a number of Wengers, but don't fret. WatchGnome offers watch battery replacment for Swiss made Wenger watches and makes it fast, easy and affordable. Unlike other watch shops, WatchGnome handles the whole process for you without you having to leave your house. 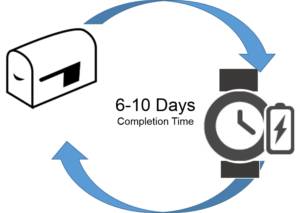 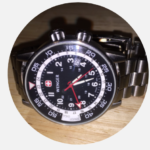 Founded 1893 at Courtetelle in the Canton of Jura, the industrial cutlery house of Paul Boechat & Cie (the future Wenger) received a new contract from the Switzerland's Army to produce knives as the 2nd cutlery manufacturer of the country.

In 1897 Theodore Wenger, a minister who had served in the United States, was returning home to Switzerland and was hired by the group of entrepreneurs that had bought Boechat & Cie two years earlier.

In 1908 the Swiss Army split the manufacturing contract, and half went to Victorinox, and the other half to Wenger in the French-speaking part of the canton of Bern.

In 1929, after Theo Wenger's death, Kaspar Oertli gained majority share in the company.

In 1988, Wenger started producing watches. Wenger Watches are still made in Switzerlan and are related to the basic ideas and concept of the Swiss Army Knife. They are designed to have a multifunctional, outdoor focus. With that said, Wenger does produce several watches designed to focus on elegant appearance. 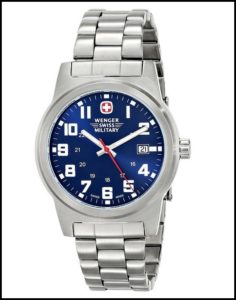