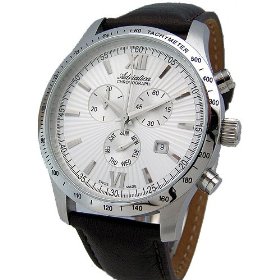 Did your favorite Adriatica stop ticking? We know the feeling, among our staff we have a few Adriatica's ourselves, but don't worry. WatchGnome offers watch battery replacement for Adriatica watches and makes it fast, easy and affordable. Unlike other watch shops, WatchGnome handles the whole process for you without you having to leave your house. 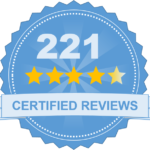 You'll get your Adriatica back in just a few days without ever having to leave your house!

The history of Adriatica as watch trademarks is closely associated with the Belle Époque period through the Montilier Watch Co, which was established in the year 1852 in Montilier, at the foot of the Watch Valley, in Switzerland. This brand was basically dormant from the beginning of World War II in 1940 until 1949.

From 1962 two associated watch companies, established in Biel/Bienne and Basel, took over the manufacturing and marketing of Adriatica watches in a partnership. They designed mainly classical round pink gold-plated ladies’ and some gents' models, and a special model called "Adriatica World Champion".

Adriatica flourished in the Scandinavian countries, and also, especially, in Finland. Adriatica watches started being increasingly imported into Poland by sailors and distributed there and in many of the other than Communist countries, becoming established in the Eastern part of Europe.

In 1989, foreseeing the opening of trade, the who owned the Adriatica company as of 2013—took over the brands and developed them as manufacturers and distributors.

Adriatica watches have always been Swiss made. Since 1998 they were manufactured by their own company, PR & A Watch Sagl, in Dongio, in the watch-making area of Ticino, the Italian-speaking part of Switzerland.

Adriatica is a full member of the Federation of the Swiss Watch Industry FH.

Watch Gnome is proud to offer Adriatica watch battery replacement to you.