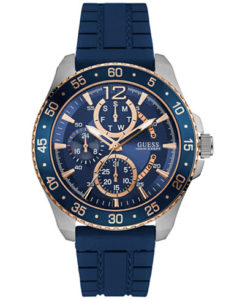 Did your favorite Bulova Watch stop ticking? We know the feeling, but don't worry. WatchGnome offers watch battery replacement for Bulova watches and makes it fast, easy and affordable. Unlike other watch shops, WatchGnome handles the whole process for you without you having to leave your house.

Bulova was founded in 1875 as the J. Bulova Company by Joseph Bulova a Bohemian immigrant. It was re-incorporated under the name Bulova Watch Company about 50 years later in 1923. Then in 1979 it became part of the Loews Corporation. The most recent step in it's corporate history came in 2007 when the company was sold to Citizen.

Bulova launched their first facility dedicated entirely to manufacturing watches in 1912. They began a standardized mass production of watches that had never been seen in the world of watchmaking until then. In 1919, Joseph Bulova offered the first complete range of watches for men. He also began advertising with an iconic style that made Bulova watches popular with the American public. The company looked beyond just style however and technological research and precision also became an endless quest. In 1920, Joseph set up an observatory on the roof of a skyscraper to make measurements that would enable him to determine very precisely universal time.

Bulova became a world renowned watch company in 1923 and they produced the first advertisement broadcast on radio in 1926, announcing the first beep of history: ‘At the tone, it’s eight o’clock, Bulova Watch Time’, an announcement heard by millions of Americans. In the 1930s and 1940s, the Bulova increase their success by launching a rectangular plated watch with a strongly curved case to better fit the curve of the wrist.